Climate change…. we hear that phrase all of the time. I’ve mentioned it lots of times like, here and here. But what actually is climate change, what does it mean, what do we do about it and why do some people not believe its a thing.

Let’s start with a simple definition of climate change:

Climate change is a large-scale, long-term shift in the planet’s weather patterns or average temperatures.

Over the earths rather long life time there have been eras where the world has had a tropical climate and there have been ice ages. Although currently the earths climate is moving faster than it ever has before. This has been shown through several different measures. Firstly there has been higher temperatures recorded than ever before. In fact 2016 was announced today that it was the hottest year on record. Secondly, there has been a rise in sea level of about 19 cm globally. Thirdly, global sea ice has reduced by about 4%.

So why is this happening well the people who doubt climate change science (cough cough trump) say this is a natural process that happens all the time. That is true to some extent, climates change all the time but it has never happened this fast before. This could be due to increased solar activity but the biggest reason is due to greenhouse gas emissions.

Carbon dioxide is a big problem. It’s found naturally in the air but the levels of the stuff has been increasing. Look here is a scary graph to show you just how much. 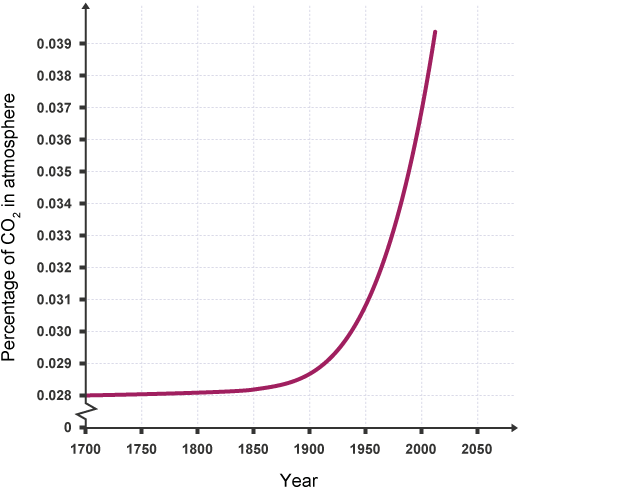 So what can be done about it. Quite simply to slow down this process we need to reduce carbon emissions. That’s difficult to do but not impossible. It’s also important that it’s a global effort to reduce these emissions.

I hope this has informed you as to what climate change is all about. If you have any questions drop me a comment or tweet me @thatbiologist!