Hello and welcome to an Introduction to Giants! This is a new series where I’m going to be looking at ten of the biggest creatures that have ever walked, flown or swam this earth. Today I’m starting off with a personal fave of mine.

Sloths are amazing creatures, they spend large amounts of their day sleeping and the rest of the time eating. However they are tiny compared to their ancient cousins, the giant sloth!

These beasts come from the genus Megatherium. They were elephant sized ground sloths that lived from the early Pilocene to the early Holocene or around 4 million years a go. They were endemic to the area we now know as South America and it would have been one of the largest animals around only beaten by mammoths and a few other species. 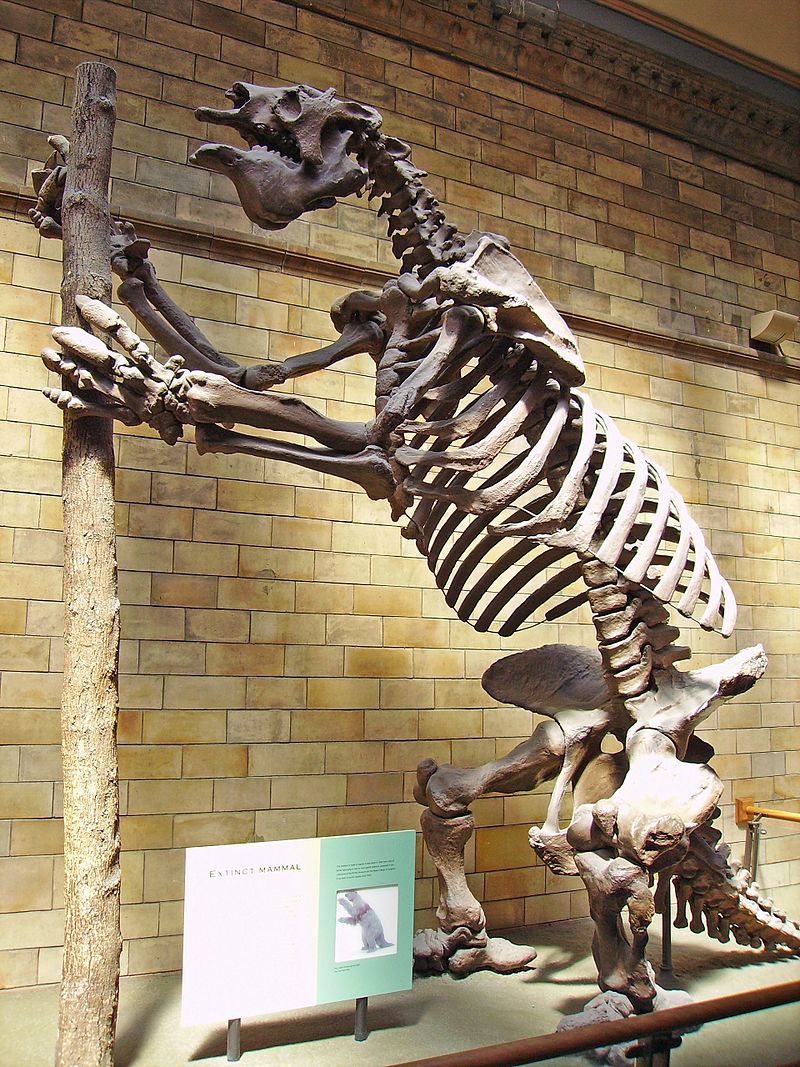 The giant sloth is thought to have weighed around 4 tonnes and was around 6 metres tall. It’s large skeleton and strong pelvis allowed the giant sloth to reach up to heights that other herbivores would have not been able to. It is also thought that this large animal would have walked on the sides of its feet like an anteater due to it’s long claws.

The reason why we don’t have giant sloths roaming the earth today is that it is thought that somewhere around the mid-Holocene there was a change in the climate. This meant that the area of suitable habitat shrunk and although this wouldn’t have been the sole cause for extinction it would have been a major contributing factor.

I hope you’ve enjoyed this first episode of an introduction to giants! Let me know what your favourite giant is in the comments or on twitter!