Happy Valentines Day! I hope you’re having a day filled with gushy romantic stuff from your loved ones. I thought to get into the spirit I would share 5 of my favourite romantic stories from the natural world.

“It Could Only Ever Be You”

There’s lots of stories of monogamous couples in the natural world. Lobsters are not one of them (Sorry Pheobe) but another sea creature could be described as the most monagamous in all of the ocean! That is the French angelfish! Most fish do not pair for life but this species does to help protect their territory. They team up and are able to defend a larger area. There is another theory that they pair up because it can be hard to find fish friends to hang out with and make baby fish with so when they find each other they stick together. What hasn’t been proven is that they are sexually monagomous as couples, little minxes (oo-er I’ll try and keep the rest of this blog PC)[1].

“The Birds and The Bees”

This love story perhaps isn’t as sweet as some of the others on this list but bees have a rather unique way of showing other bees they care. Male bees tend to get rather excited when “showing their love” to female bees. Brace yourself for this one, male bees finish off there love making by having their endophallus be torn off and left inside the female bee. Yes, you read that correctly, the bee’s bits get torn off! This is because bee reproduction is a little different in that once a female has the sperm they can hold on to it until they are ready to lay eggs. Bonus for the male is that seals off any chance of another male getting a mating with her [2].

“The King of the Swingers”

Green anacondas are some of the heaviest reptiles around, they are around 4.6 metres long and the females are larger than the males. They have a rather strange way of getting together. As they mostly live singular lives when a female is ready to mate they lay down pheromones, this attracts MANY males to the female. Then the female mates with all of them in what’s called a mating ball. Breeding balls can sometimes stay together for up to four weeks and females can end up eating some of her smaller partners! That’s love in the green anaconda world [3]. 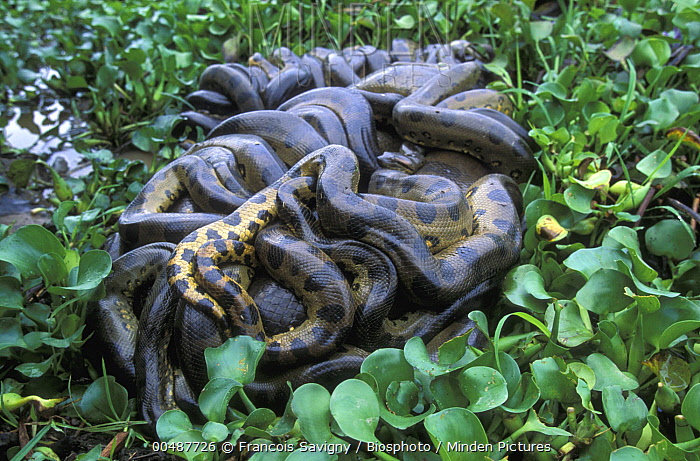 Exchanging of gifts is fairly common on Valentines day, Adelie penguins take this one step further. A male Adelie penguin, living along the Antarctic coast, collects little rare rocks to present to his beloved. The female uses the rocks to line her nest, and if she likes the rock, she will allow him to mate with her, Verdolin says. Unfortunately for the poor male, if he wanders off and another male presents a rock, she will mate with him, too.[4].

I’ve written about them before but I feel like this list justifies talking about them again. This species spends up to 60% of their time with their other half. It has been scientifically proven that they give their partner kisses and cuddles when they are feeling stressed. And the males will only every stray away from their mate when being plied with alcohol. It is of course the Praire vole. Look at how cute they are[4]!

I hope you’re having a truly mushy Valentines day! Let me know your favourite love story from nature in the comments or on twitter!

2 thoughts on “Love in the Animal Kingdom!”